(Although brother Ted has gone on to be with the Lord, he wanted his teaching to continue to bless people and help them know the Lord Jesus better. So we – his family – are continuing to post lessons by him from the treasury of his anointed teachings from God’s Word. We hope they bless you as they did when he was here to post them personally.)

THE FEAST OF TRUMPETS: Are You Listening?

“Speak to the sons of Israel saying, in the seventh month on the first of the month, you shall have a rest, a reminder by blowing of the trumpets, a holy convocation.”
— Leviticus 23:24

The Seven Feasts of Israel were specific convocations that Jehovah God ordered the Israelites to celebrate faithfully in their proper order. They make up the Hebrew Sacred, or Festival, Year. The first three Feasts occurred in the festival month of April. Pentecost or the Feast of Harvest, is celebrated in early summer, exactly fifty days from the date of the Resurrection of Jesus. Now we advance all the way to early fall. This is the time appointed by Jehovah God for the celebration of the fifth Feast – The Feast of Trumpets. The present day Jew celebrates this day as Rosh Hoshanah – the beginning of the New Hebrew Calendar Year.

The trumpet, in the form of a ram’s horn has been an integral part of the nation of Israel from the beginning; at least as far back as Isaac. And God seemed to hold this instrument in special favor, often commanding it to be used at special times. As Joshua and the children of Israel surveyed the imposing walls of Jericho, God commanded them to use the trumpets with a great and miraculous effect. The result was a conquered city. In the twenty-fifth chapter of Leviticus, Jehovah God ordered the trumpets to be blown in the year of Jubilee, “To proclaim liberty throughout the land unto all the inhabitants thereof.” That is the Biblical inscription the founding fathers had cast on the famous Liberty Bell, still on display in Philadelphia. Here is a striking reminder of the spiritual principles and foundation upon which this nation was founded.

The time span between the Feast of Pentecost and the Feast of Trumpets is clearly representative of the Church Age, and as you survey the order of the feasts, there is little doubt that the Feast of Trumpets foreshadows the rapture of the church. As Jesus taught and ministered, He always maintained a vision of that day when the Bridegroom would come for His bride, and often used real life analogies as He taught. For example, in the Bible days the trumpet was used to signal Israelite workers in the fields to come in to the Temple for worship.

The priest would stand on the southwest parapet of the Temple and sound the trumpet, which could be heard for miles. At that moment the workers would stop their field work – finished or not – and leave immediately for the Temple. It was common for Jews and Gentiles to be working the fields together, and Jesus made use of this real life picture when He spoke in Matthew 24:40, “… two shall be working the field; one shall be taken and the other left ….” At the trumpet blast, the Jew would drop everything and leave, while the Gentile remained on the job.

According to 1 Thessalonians 4, and 1 Corinthians 15, a trumpet will sound at the Rapture of the Bride of Christ. At that moment the world will experience the second greatest miracle of the ages: graves will give up the righteous dead, and the still living believers will rise with them to meet our Lord in the air! What a day!

Remember the great victory of Joshua at Jericho? At the sound of the trumpets the walls collapsed, and the Scripture says each man “ascended up” into the city! For them, it was the first sight of life and beauty after forty miserable years in the desert. It is the same for us Christians; our sight of heaven will be the glorious climax of a long journey of faith.

We, too, are living the story of Exodus. Saved by the Blood of the Lamb; through the Red Sea by way of our Baptism, we have come out of the wilderness of sin into the promised land of salvation! And as in the experience of the Israelites, our promised land has its collection of giants that we continually fight and defeat with the power of the Holy Spirit and the Word of God! We walk the walk of faith, drawing as many as we can into the Kingdom with us, before that trumpet sounds and we “ascend up” into our Jericho … Heaven!

There is a striking resemblance between Joshua chapter 6 and 1 Thessalonians chapter 4 – read them! In addition to the similarity in action, the names of the leaders are the same … Joshua at Jericho, and Jesus at the Rapture! You see, Jesus’ name in Hebrew is “Yeshua”; and translated to English, it is “Joshua”!

When will the trumpet sound? Jesus said, “Only the Father knows.” In the meantime, we are to maintain an attitude of expectancy and stay busy in the fields, “For they are white unto harvest.” Glory !!!

One thought on “THE FEAST OF TRUMPETS: Are You Listening?” 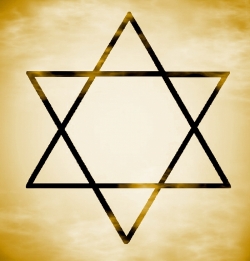